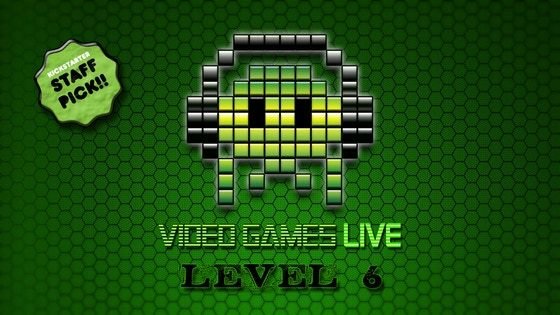 I've backed multiple projects and are receiving multiple e-mails from you about the new project. Is there a way I can stop this?

Absolutely! You can unsubscribe from getting those. Go into your profile > Notifications (under Settings) > Account Notifications > Un-check previous projects. Please keep Level 6 checked so you only get one notification if we ever do a Level 7! I’m sorry you got bombarded, I’ve actually been getting a lot of pledges from backers using the URLs I’ve provided in those previous projects so it’s important to let older backers know about the new one. :)

Is there a tier if I backed previous projects and only want the new stuff?

Don't you have enough money to do this without doing a fourth Kickstarter? You're a well-established successful tour/show and Tommy has a massive resume from his career. You should have more than enough resources to do this without crowdfunding.

It’s a great and fair question! And here are the simple answers…

I wanted more people to have the opportunity to get the Veronica Taylor customized ASH KETCHUM voice recording as it was a new feature this year! I couldn’t put both the VIP EXPERIENCE and the customized recording in the same tier so I picked the recording. I may decide to make the VIP EXPERIENCE an Add-On at the end of the project to certain backers at a slightly reduced price.

Will there be Add-On items made available at the end of the project?

How do I know if my name will sound correctly for the customized ASH KETCHUM recordings?

We will have a survey with details to make sure it’s recorded correctly. In certain unique cases (for really tough names!) we will also provide a way to send us an audio recording of your voice saying your name to ensure it is correct.

Will we get a say in what songs make it to the album?

Yep! You sure do! The backers will choose at least 3 songs for the LEVEL 6 album (via Survey/Poll after the project is complete). Also… every additional song from the Stretch Goals will be voted on by the backers as well!

What are "Bonus Round" albums?

I record, mix and master the music at 24-bit 96KHz. Then I master for CD, MP3 and 24-bit. That alone costs $10k-$12k. When you start at the top, you hear all the dynamic range of what you can only hear at 24/96 version. When you downgrade, to CD (16-bit 44.1 KHz) you cut almost all the quality and range in half. You lose a lot of the dynamic range like high range instruments and the lowness of basses, percussion, etc. Once you cut it in half, you want to run it though a spectrum analysis and put some of the dynamic range back in to “cheat”. And .mp3’s are cut even worse! So again… we master just for .mp3 to ensure the highest quality possible at each level. But when listened side to side… NOTHING matches 24-bit 96KHz! Not the CD and certainly not the .mp3’s.

What about making FLAC versions?

I’m giving you the most pure version available, but feel free to create your own from the .wav files if you’d like.

I donated to previous Video Games Live Kickstarter projects but can't find my Humble Bundle password or e-mail. Can you help?

If you lose or forget the link, you can just contact Humble Bundle directly and they’ll tell you what it is. You can do it by following the instructions of this link: https://www.humblebundle.com/resender Make sure to give them the e-mail address that you use to Login to Kickstarter.

Which games will be featured on LEVEL 6?

This is going to be our best album yet! I’ve been taking notes from all around the world about what people want to hear us perform and record next. Here are the ones we’ve confirmed so far…

UNDERTALE arrangement with input from creator/composer Toby Fox. We want to interpret the incredible music to a new and unique symphonic & electronic level.

“TO ZANARKAND” from Final Fantasy X. Completely unique Video Games Live arrangement. There are a few elements that I always wanted to interpret into the melodies… acoustic guitar and CHOIR!!

METAL GEAR SOLID – Although we’ve been performing it since our very first show at the Hollywood Bowl back in 2005, we’ve never released or recorded our original Metal Gear Solid “Main Theme” & “Encounter” arrangement put together by the original composers and arrangers.

EARTHBOUND/MOTHER - One of the most requested franchises to add to Video Games Live.

The backers of the project will pick the rest!

What will be the choices for the backer selected tracks?

The backers are going to be deciding what the final tracks on the album are. As we hit more stretch goals, we’ll be adding MORE tracks to the album. So I’m hoping to get the album up to 12 or 13 songs! That being said, as I watch and interact with the project and social media, a lot of people are leaning towads games like Hearthstone, Suikoden II, Fire Emblem, Heroes of Might & Magic, Katamari Damacy, Secret/Legend of Mana, Shenmue, Starfox, Guilty Gear, Nier, Kirby, Cuphead, Ori & The Blind Forest, Super Mario Bros. 2 and Zelda: Breath of the Wild. PHEW!! We have enough to do LEVEL 7 & 8 already! :)

From a production standpoint, I’ve given myself more time to edit the individual tracks before they go to the final mix. I always felt I was always rushed because I would only give myself 4 or 5 days up at Skywalker Ranch to edit. But this time I’m doing 7 or 8 days of just editing and also giving myself an extra 2 days to mix at Skywalker Ranch with the multi-Grammy Award winning engineer Leslie Ann Jones.

From a Kickstarter Project standpoint… I always give the backers at least 3x’s to 7x’s the Reward Value for each amount they spend! I believe it’s a huge reason why they are always so successful. I don’t see Kickstarter as a way to just sell someone an album. They can do that already on iTunes or Amazon. But this amazing platform allows me to give away SO MUCH to our biggest fans who love supporting us. It’s a great opportunity to share with them a ton of new and unique material that no other platform allows me to accomplish. Some of the cool Rewards for this project include visiting Skywalker Ranch, customized voice recordings by original Ash Ketchum/Pokemon voice actor Veronica Taylor, a completely unique Donkey Kong Country piano album with help and input by the original composer David Wise… and so much more.

You are combining different styles of music for Video Games Live? Have you changed the formula for LEVEL 6 and incorporated new stylistic elements?

For me, I LOVE dynamics. I felt we really nailed that on LEVEL 5. Having a 100 piece orchestra and 60 person choir is HUGE!! But combining guitars and electronics on top of that REALLY bring it to another level entirely. Not for all of them… because it’s also important to just be slow & beautiful sometimes as well. Again… all about the dynamics.

One thing I’m doing differently and taking a new approach to is the Earthbound/Mother arrangement. I’m a fan of the way they approached the “Moulin Rouge” and “The Greatest Show” movie music. I wanted to do something very different like that for one of the tracks on LEVEL 6. Earthbound seemed to be the perfect choice. One of my arrangers (Wayne Strange) translated some original lyrics written by Earthbound/Mother game designer Shigesato Itoi and translated/adapted/interpreted them to English. We want to have unique lead vocalists and famous Italian Opera singers. Something VERY different than every arrangement out there! We put together computerized demos of the first 7 songs right on the project page so please give a listen!

BackerKit is a service that crowdfunded project creators use to keep track of hundreds to tens of thousands of backers—from shipping details, pledge levels, preferences and quantities, whether they have paid or had their card declined, special notes, and everything in between!

The BackerKit software and support team is independent from the campaign’s project team—BackerKit does not handle the actual reward shipping. For more information about the preparation or delivery status of your rewards, please check the project's updates page.

How does BackerKit work?

After the campaign ends, the project creator will send you an email with a unique link to your survey. You can check out a walkthrough of the process here.

I never received my invitation. How do I complete the survey?

The most common reasons for not receiving a survey email is that you may be checking an email inbox different from the email address you used to sign up with Kickstarter, Indiegogo or Tilt Pro account, or it may be caught in your spam filter.

Confirm that the email address you are searching matches the email address tied to your Kickstarter, Indiegogo, or Tilt Pro account. If that doesn’t work, then try checking your spam, junk or promotions folders. You can also search for "backerkit” in your inbox.

To resend the survey to yourself, visit the project page and input the email address associated with your Kickstarter, Indiegogo or Tilt Pro account.

How do I update my shipping address?

When will my order be shipped, charged or locked?

That is handled directly by the project creator. BackerKit functions independently of the project itself, so we do not have control of their physical shipping timeline. If you want to check on the project’s status, we recommend reading over the project's updates page.

I completed the survey, but haven't received my rewards yet. When will they arrive?

As BackerKit does not actually handle any rewards or shipping, the best way to stay updated on the shipping timeline would be to check out the project's updates page.